Ever since the beginning of time, men have dominated the world at the expense of their female counterparts. Men, back then, believed to have irrevocably found a way to monopolize the industry of kingship and leadership. Women were made to feel inferior to men. Their greatest roles were to bear sons and daughters of men, especially those of royal blood. There is no denying that men are great, brave and courageous leaders; but the world will never know the women’s quality of leadership if they are never given the opportunity to do so.

Women are responsible for nursing and looking after newly born babies until they become independent men and women. Some of those babies have gone to become leaders, scientists, innovators and influential people. The role of a mother may be overlooked, but it is an integral one that brings about social cohesion.

Through the advocacy of women’s right and empowerment, the previous century saw a significant leap in recognizing women as an essential part of the society. Women were encouraged to take up leadership positions and fill in jobs that were traditionally reserved for men. Unlike men, women are doers and not talkers.

In 1979, Margaret Thatcher became the first female prime minister of United Kingdom. Her office term was not a bed of roses, but one marked by highs and lows. She took the top political post of United Kingdom when the country was not in the most undesired economic situation. She made some policies aimed at turning the situation around. During her tenure, she was referred to as the “Iron Lady.” She later became unpopular, and due to mounting pressure, she resigned in 1990.

Whether she was successful or not as a woman and leader is open to debate. What’s important is to note that she was a groundbreaking woman. Ever since her historic appointment as the first female prime minister, many women have looked up to her for inspiration. She has shown other women that anything is possible and that women can achieve as much as men.

Although she was a political figure, she has empowered women to move out of their comfort zone and fight for their rightful place in the highly polarized society. Of late, women’s voices are being listened to. Their rights are being respected. Women have become an important part of society. The girl child has become necessary. Women’s rights are increasingly being respected. Women empowerment quotes have played their part. They have motivated women. The have made women believe in themselves. Women now want to get more out of life.

Here are some great women empowerment quotes with images. Hope you find these encouraging words useful and motivating. 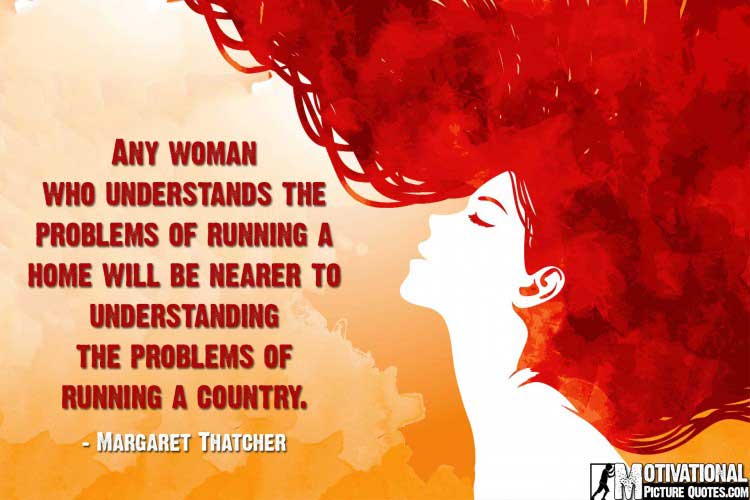 A woman is like a tea bag – you never know how strong she is until she gets in hot water. 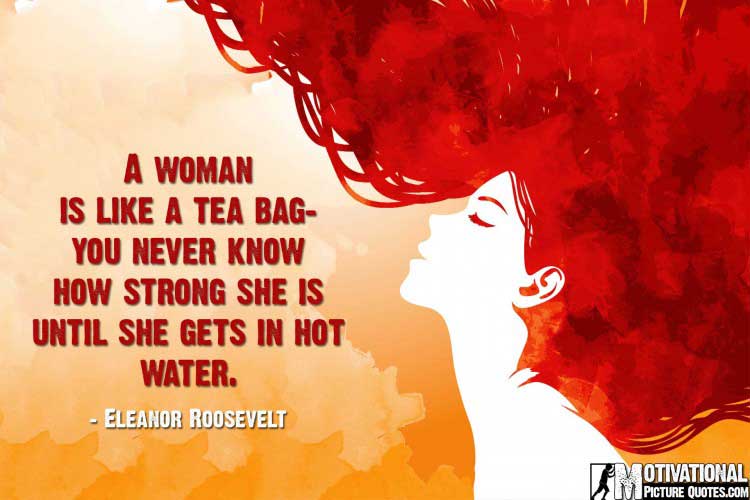 The most common way people give up their power is by thinking they don’t have any. 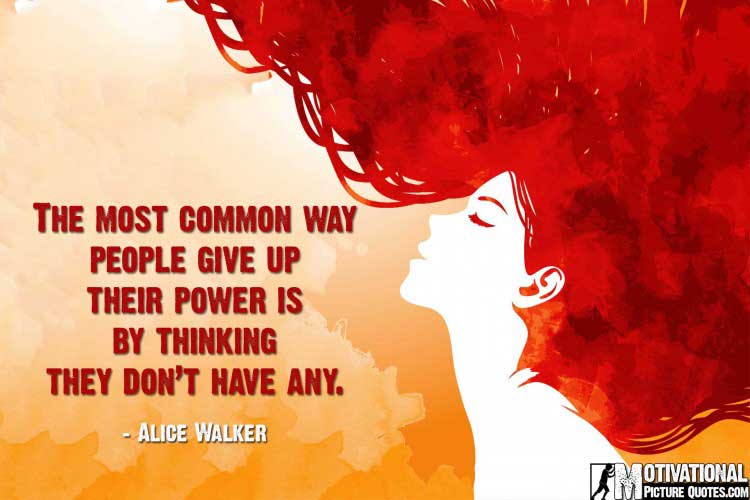 Stop wearing your wishbone where your backbone ought to be. 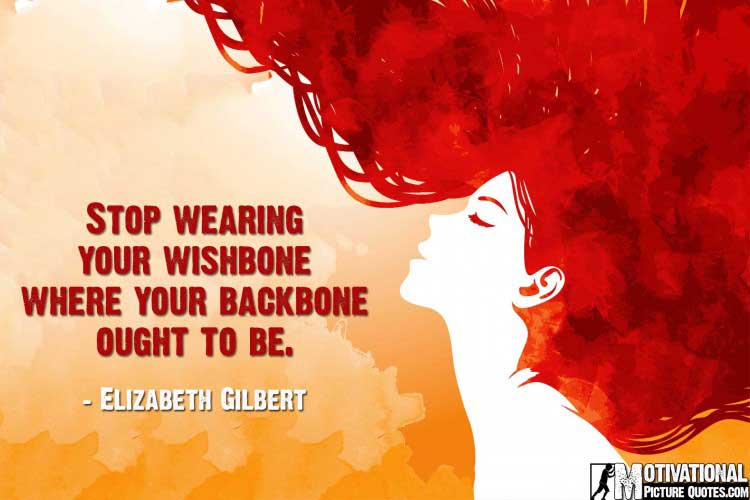 A successful woman is the one who can build a firm foundation with the bricks others have thrown at her. 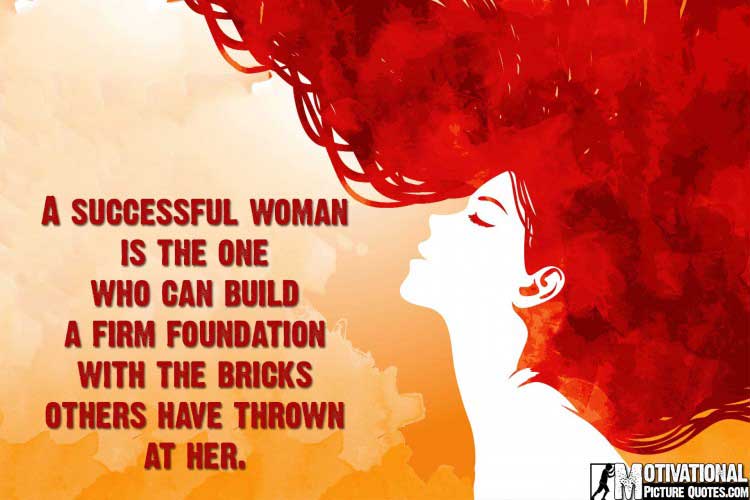 A woman with a voice is, by definition, a strong woman. 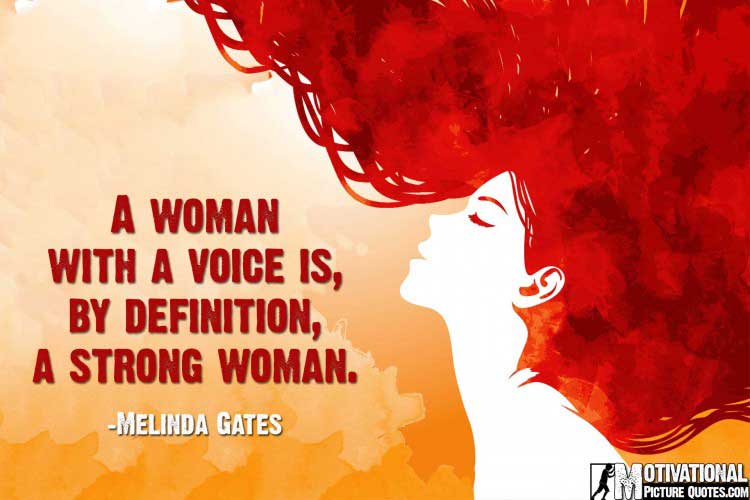 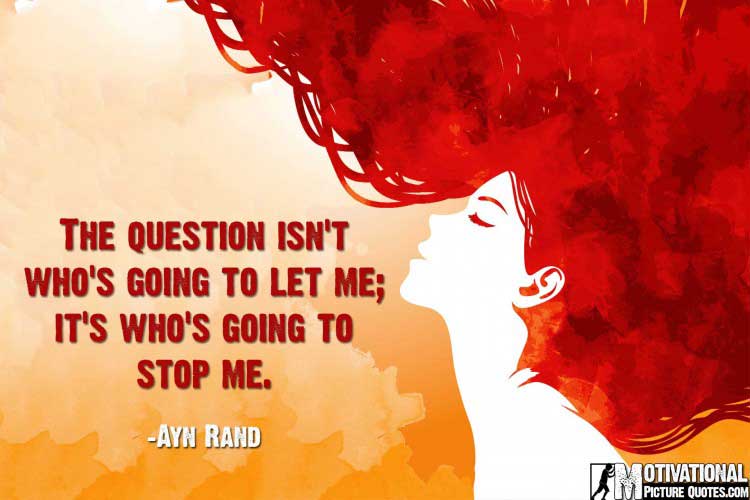 Don’t be a woman that needs a man. Be a woman a man needs. 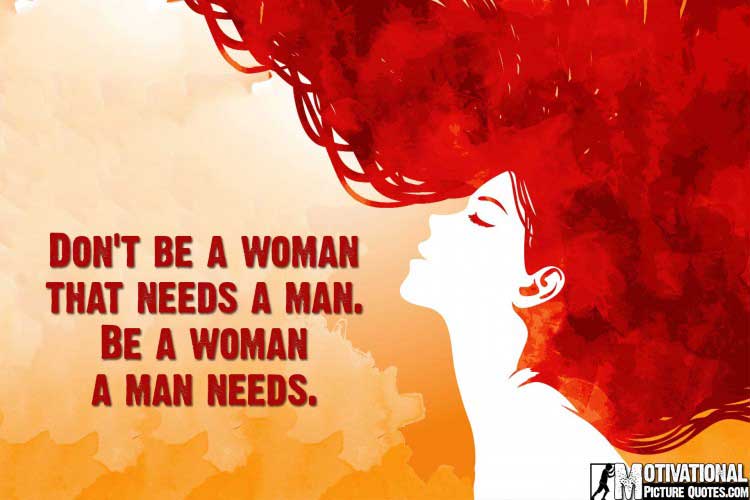 No one can make you feel inferior without your consent. 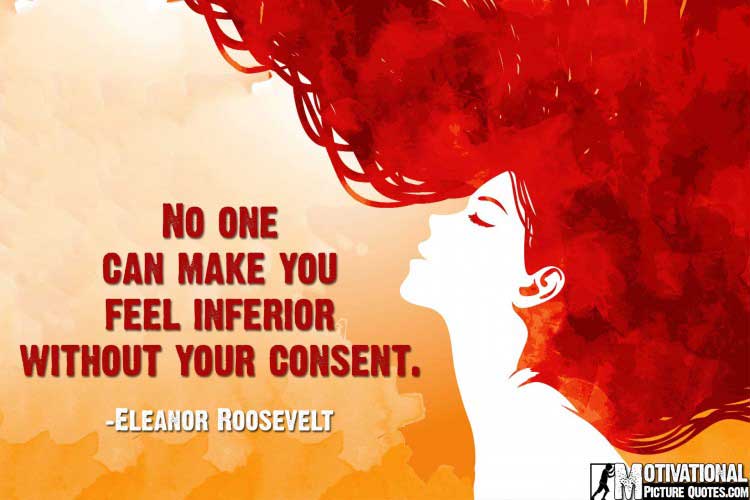 Be the kind of woman that when your feet hit the floor each morning the devil says “Oh Crap, She’s up!” 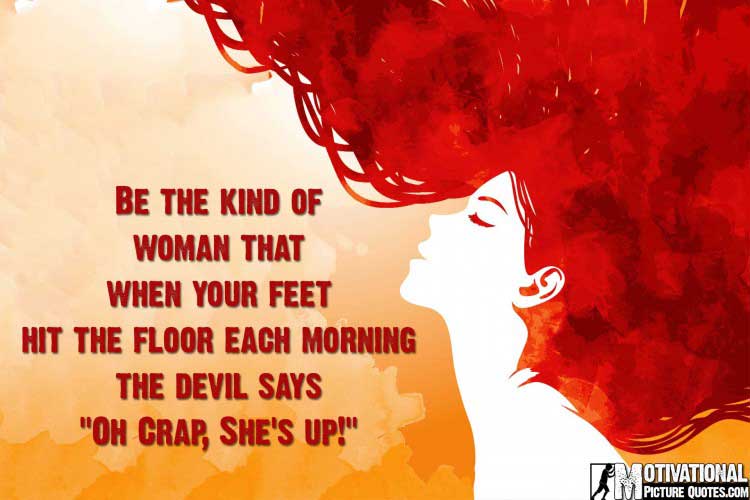 A real woman avoids drama, she knows her time is precious and she’s not wasting it on unimportant things. 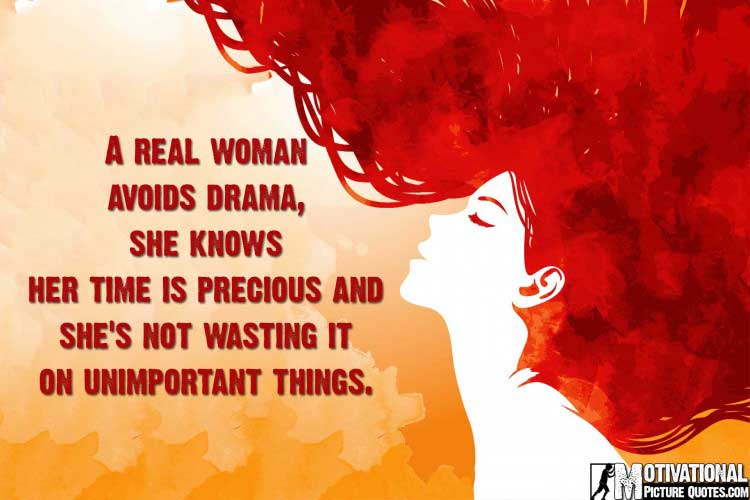 Women may be soft and emotional creatures, but they are the strongest human beings on the planet. Women do not give up easily. They dare to go where others have failed. They are prepared to work as hard as possible for the betterment of someone else. Women can give up their dreams so that their children can live theirs. Women have become more independent and vigorous. If the world can entrust and empower a woman to lead, then the future is bright. 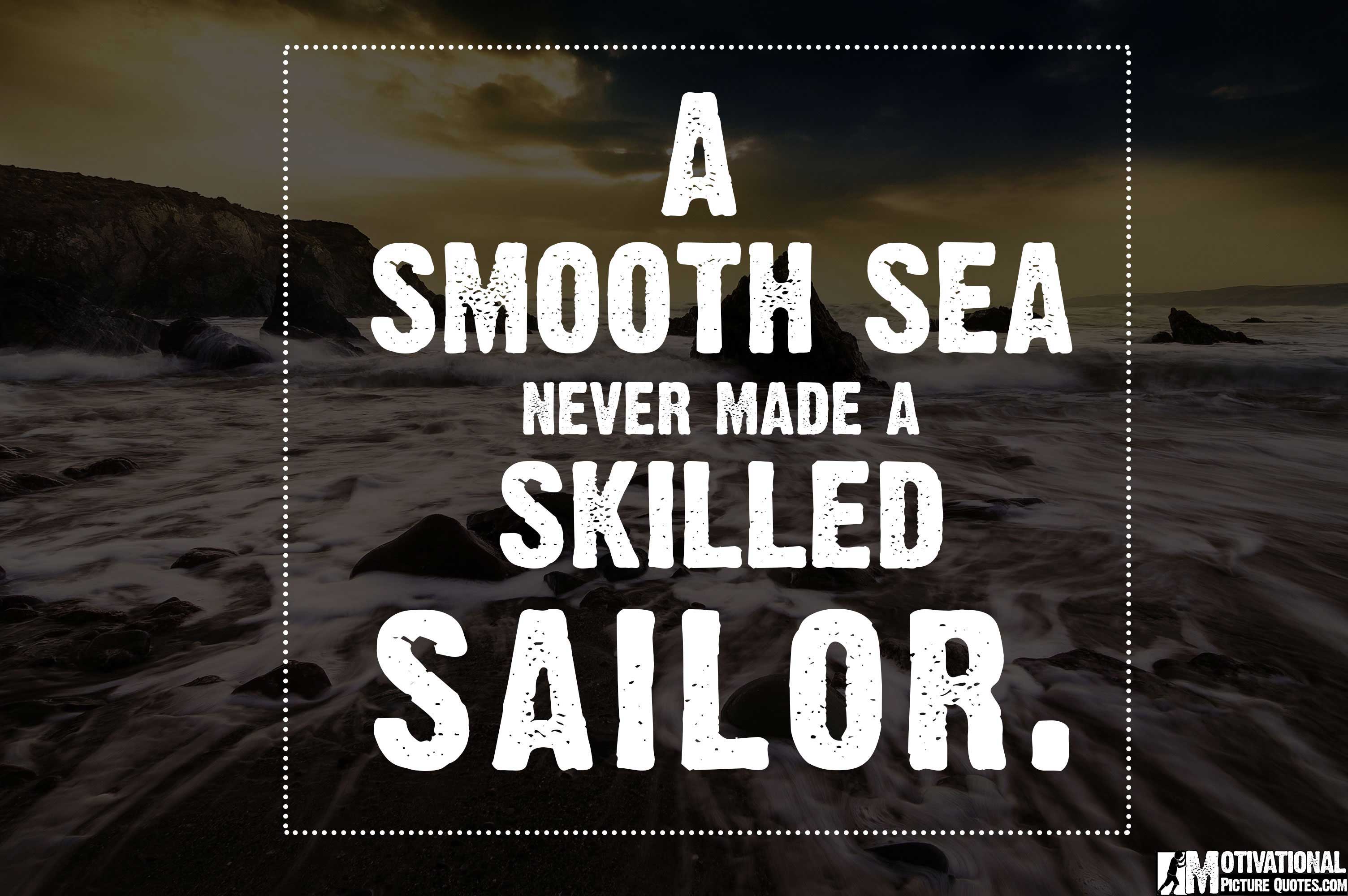 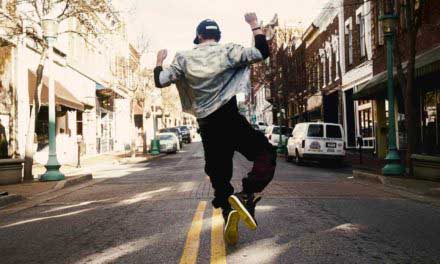 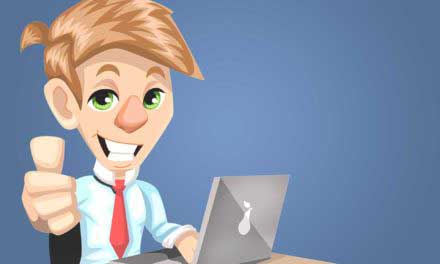 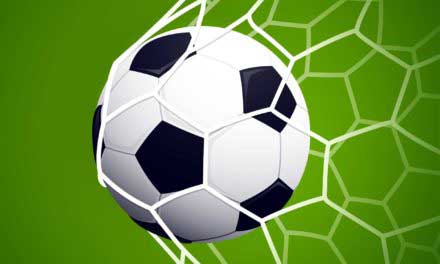